Charles A. Bailey was an Allenstown farmer, brick maker, and quarryman, having opened his quarry off River Rd. in 1874.  At that time, stone was brought down the hillside via wagon and loaded onto Concord RR freight cars at what would later be the site of the Bailey Lumber Co.

In 1891, Bailey chose to make a substantial new investment in his operation, building track easterly (on land acquired as early as 1887,) from the Suncook Valley branch to the base of the hill upon which his quarry was situated.  With a sharp curve to the north, his new line began its steep ascent of the hill with a grade of about 4%, reaching the quarry about 7000 feet from its connection.  He acquired a second hand Fitchburg RR switching locomotive to shove empty flat cars and gondolas up the hill and back the loaded freight cars back down to interchange them with the Concord & Montreal.  An engine house was constructed in the middle of a field, next to the only water encountered, a small stream about 1000' from the railroad, in order to provide for the locomotive's consumption.  By agreement with the railroad, Bailey's operations on the hill were restricted to 12-6, while the railroad would switch the track only between 6 AM and noon.  Presumably, this arrangement was due to the risk that a runaway quarry train coming downgrade could pose to the common carrier.

Business was successful for Mr. Bailey, and in 1899, he put in a rock crusher having a capacity of 125 tons per day.1  Thus, crushed stone was added to the paving blocks, curbing, and other such mundane items produced at the quarry.  Also that year, his operation acquired a second locomotive from the Boston & Maine RR, who now held the lease on his connection.  This engine was numbered, inexplicably, #3.

However, just four years later, a disaster of small proportions occurred- the quarry railroad had an engine house fire, and engine #3 was inside.2  The precise disposition of the damaged #3 is unknown, but Bailey would go on to acquire a third locomotive in 1915.  Numbered 82 on the B&M, this rather more modern engine, a B&M class F-9 0-4-0, was never renumbered at the quarry, but just lettered C. A. Bailey across its cab sides.  Another significant infrastructure improvement was the installation in 1910 of a large steel overhead traveling crane, 54’ x 100’, just beyond the crusher to better facilitate the moving and loading of stone.3

By the early 1930’s, business had slowed for Bailey’s as it had for so many other businesses, but the quarry and its little locomotive caught the eye of some New England rail fans.  On November 4, 1934, the National Association of Railway Enthusiasts hosted their second excursion, traveling from Boston to ride on the Suncook Valley Railroad.  With a quick run up the quarry track, the Suncook Valley locomotive hooked onto #82’s tender, drawing it out of the engine house.  It is not known whether the Bailey locomotive was ever used in service again, and it was reported scrapped in 1943.

The two best published sources of Bailey’s Quarry photographs are: “The Blueberry Express, a History of the Suncook Valley Railroad”, edited by John Hutchins, 1985 (and referred to by this author below as ‘BEX’); and “Suncook Village,” by Carol Martel, 2008.  Other photos included on this page or listed below are in private collections as stated.

The NH State Archives includes some collections of early surveys, including much work from a man named Orrin James.  In addition to the early map of where the quarry line joined the Suncook Valley shown (at the top,) there is a survey of a parcel transferred to Bailey by the Hazeltines, lying at the foot of the hill between where the engine house would be situated and Granite St.

While conducting the ICC’s Valuation Survey of the B&M in 1914, survey crews perhaps mistakenly recorded track materials used on the quarry tracks and drew up a convenient track diagram.  While a snap shot in time, this information is quite useful when determining where photos were taken from.

This data taken directly from BEX, and corroborated from photographic source notes above.

Operations in the quarry required rough cut stone to be moved to other areas for further processing, whether it was to size pavers and curbing, run it through the crusher, or send it to the finishing shed.  Little information exists on what equipment Bailey may have used to accomplish this, but B&M records did record two wood underframe gondolas, numbered 23013 and 24553, being sold to Bailey on 10/2/1928 and 11/20/1928.  Both were shipped to Bailey on 12/14/1928 and presumably immediately entered captive service transporting stone within the quarry, as Bailey never listed cars as available for interchange in Official Railway Equipment Registers.  No photographs are known to exist that document these cars.  Whether Bailey may have acquired similar equipment prior to this purchase, we can only speculate. 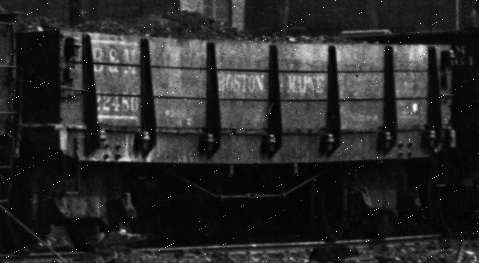 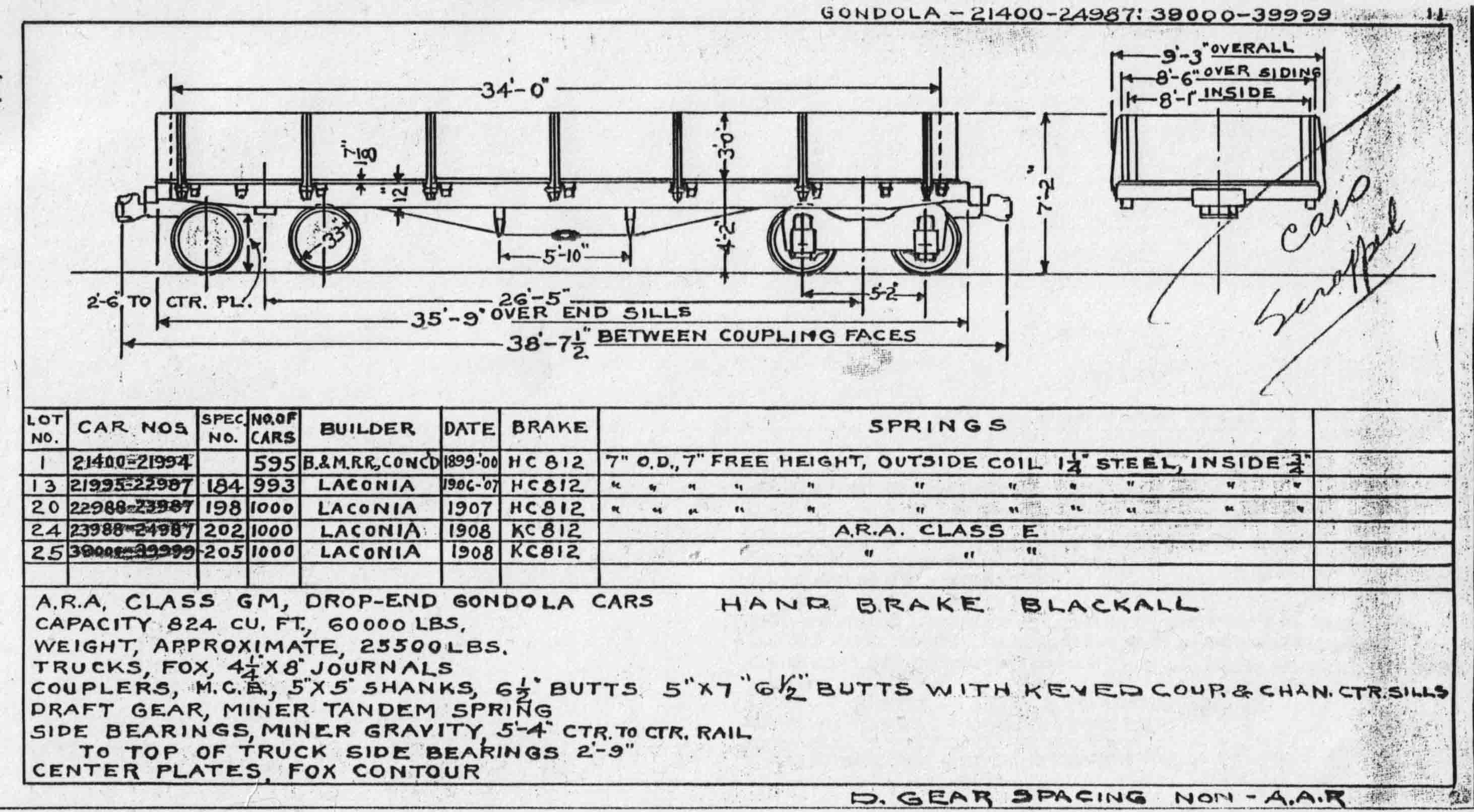 Prototype railroads were able to use published methods to calculate locomotive capabilities based on a route's grades and curves and a proposed engine's tractive effort.  In an effort to better understand the Bailey operation, these calculations were made using estimates of the relevant numbers and published statistics on B&M 0-4-0's:

Therefore, Bailey's #82 could only be reasonably be expected to push a maximum of three typical, empty B&M gondolas or one fully loaded 40 ton capacity freight car (135,000# gross rail load,) up to the quarry!